On May 6th, the original National Symphony Epic Hero of Shanghai National Music Orchestra was performed at the SUFE Art Center. The performance is one of a series of activities jointly sponsored by the Shanghai Municipal Party committee of Education and Health Work, the Communist Youth League Shanghai Municipal Party Committee and the Party committee of Shanghai University of Finance and Economics to celebrate the 100th anniversary of the founding of the Communist Party of China and bring the Red Classics into the campus. The performance was supported by Shanghai Charity Foundation and Shanghai Meihe Yaji Financial and Cultural Salon.SUFE Leaders Xu Tao, Xu Fei, Chen Hong, Liu Lanjuan, Fang Hua, Yao Lingzhen, Zhu mingxiong, member of the Standing Committee of the Party committee Zhou Jiepu and more than 700 SUFE teachers and students attended the performance. 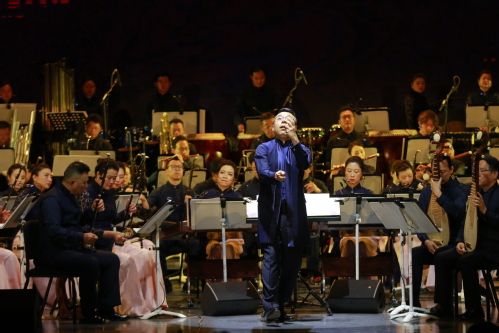 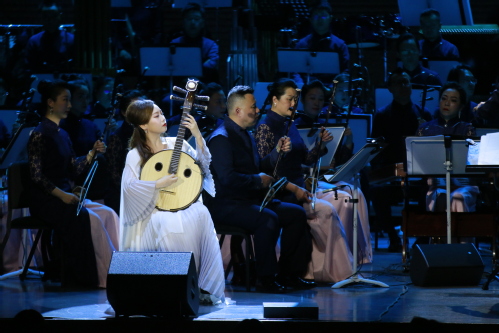 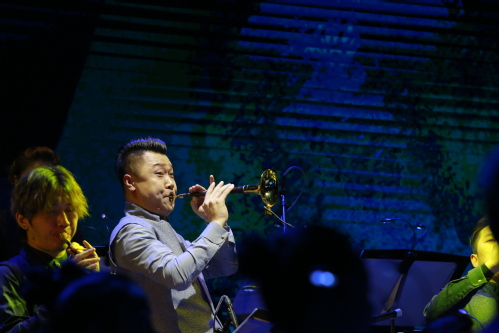 The Symphony Chorus Creation of World, expresses Pangu's creation with majestic music; Chinese flute and national orchestra Tone of Musical Rhythms describe the beautiful scene of Chinese music ancestor Linglun who heard Phoenix singing and made musical rhythm; Tenor Ruan and orchestra Making Chinese Characters, expresses praise for Cangjie's creation of characters and laid the foundation of national civilization the thick and soft tone of tenor ruan; Suona and Wind Band Controlling the Floods demonstrated the fearless spirit of Dayu in controlling the floods through the unique Chinese national percussion music; banhu, string orchestra and percussion orchestra Pursuing the Sun transforms Banhu into bow and string in Hou Yi's hands. With the help of string orchestra and percussion orchestra, it shows Hou Yi's heroic spirit of benefiting the common people.The last part of Hero of the People is again in the form of symphonic chorus, which echoes with the opening movement. 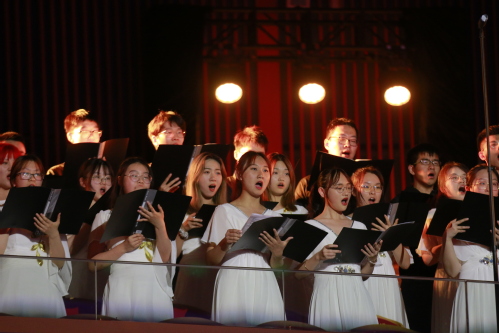 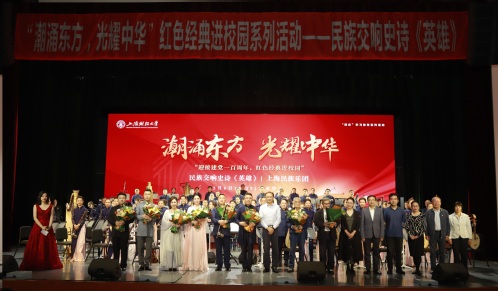 It is worth mentioning that SUFE 120 chorus members perfectly cooperate with the band and express their respect for the heroes of the people with loud and clear songs. Among the 120 members, there were the teachers and students and the alumni who graduated from the chorus. With their excellent live performance, they were highly praised by the orchestra conductor, composer and audiences.The symphonic epic Hero came to an end in the warm and lasting applause of teachers and students. The performance presented the long history of China by leading the audience closer to the vivid mythical characters; Through the guidance of music, the epic led the audience to see the hero in everyone's heart!