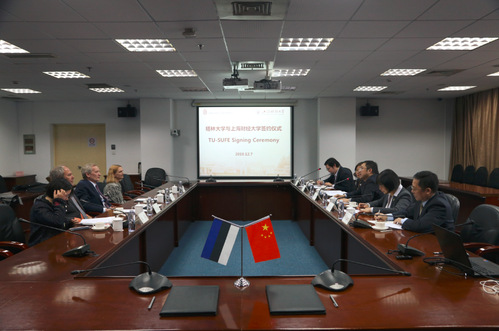 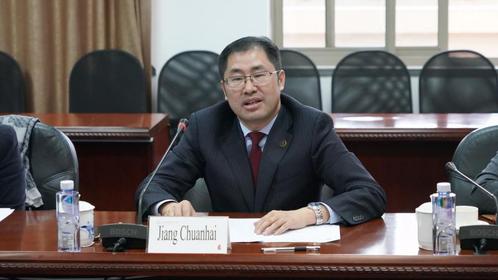 Prior to the signing ceremony, President Jiang Chuanhai had a cordial and friendly talk with the delegation of Tallinn University. Jiang Chuanhai extended a sincere welcome to the guests, and introduced SUFE in detail in the aspects of elite training, discipline construction, scientific research and international strategic development. He fully affirmed the important role played by the Confucius Institute in promoting international exchanges and cooperation between the two universities, and had high hopes for further deepening cooperation in the next five years. 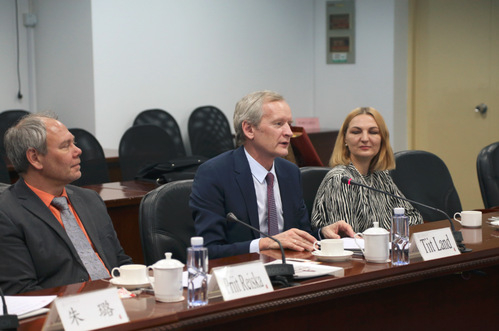 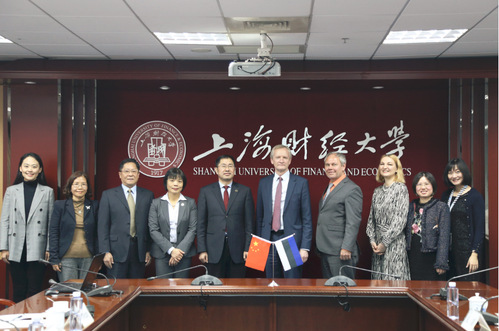 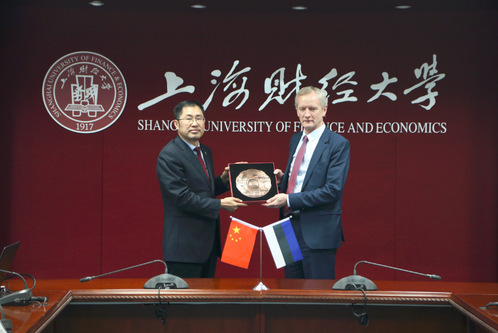 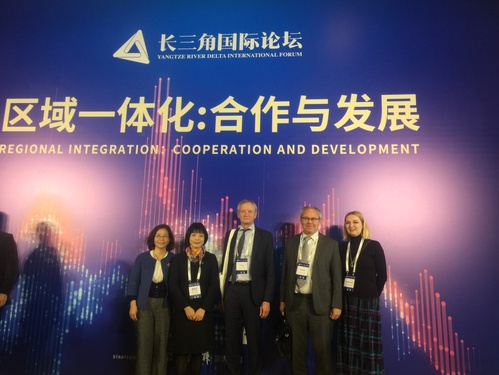 The delegations of Tallinn University were also invited to participate in the Yangtze River Delta International Forum hosted by SUFE during their stay in Shanghai.

( From Office of  Confucius Institute Affairs)