Russia's apple pie, Kazakhstan's baursak, and all kinds of Chinese food... A unique community food festival is held in Siping Subdistrict on March 28th. It was the opening day of the Shanghai Citizens Art Festival. Five SUFE students from Russia, Brazil, Kazakhstan, Bangladesh and Mongolia attended the food culture festival with their own national specialties. 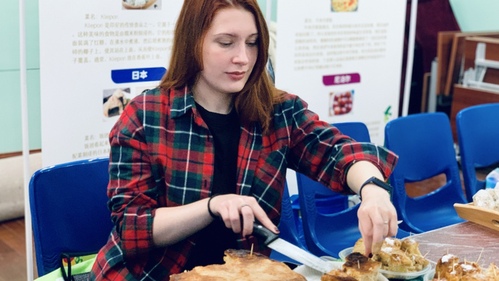 Yulia, who is from Russia, majored in international economics and trade was enrolled in SUFE in 2019. She came to the food festival early, and laid napkins on her stall. She served three roasting pots of Russian apple pie, which she spent three hours making the night before.
Lifting the baking paper, Yulia cut the round apple pie into small pieces with a knife, and the rich cream smell immediately came out. The apple pie was crisp, and the flesh can be seen on the it.“This is my mother’s recipe.” Yulia said that in Russia, most girls can make apple pie. 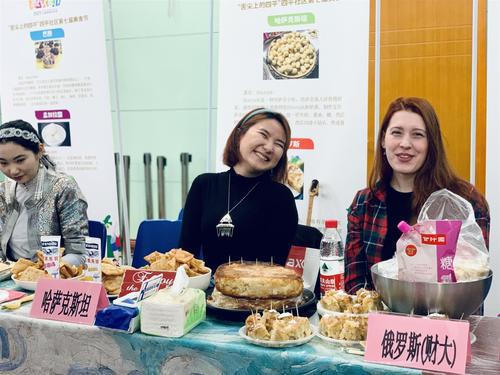 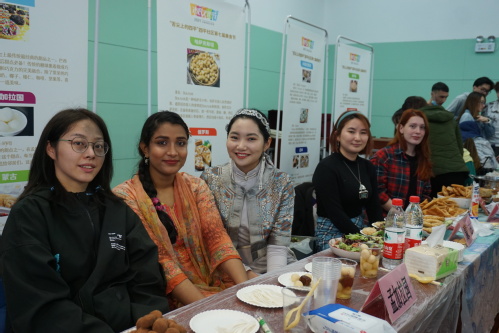 In addition to the special food of their own country brought by foreign students, the residents of the community have also come up with the skills of home cooking. Residents participated in the activities, tasting the specialties, exchanging cooking skills, meanwhile, understanding foreign cultures through delicious food. 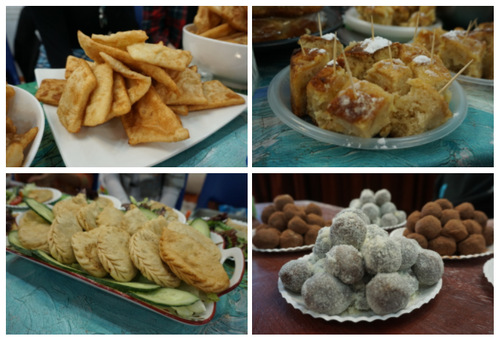 "A Bite of Siping" food culture festival is a community brand activity of the Shanghai Citizens Art Festival. It is not only about food culture exchange, but also serve as a platform for international students and community residents to communicate and for the students to integrate into the community.