On December 6th, the 1st session of the Yangtze River Delta International Forum opened in Shanghai. The theme of this forum was “Regional Integration: Cooperation and Development”. Attending the forum were: Korn Dabbaransi, President of the Thai-Chinese Friendship Association, and former Deputy Prime Minister of Thailand; Chen Qun, Deputy Mayor of Shanghai Municipality; Liu Jin, Director-General of International Cooperation and Exchanges and Hong Kong, Macao and Taiwan Affairs of the Ministry of Education; Du Yue, Director of the Division for Cooperation Intersectoral Follow-up and Partnership of Africa Development, UNESCO; Hexuan, Chairman of U-shine Fund Management Company, and Board Member of Shanghai University of Finance and Economics; and Jiang Chuanhai, President of Shanghai University of Finance and Economics. The opening ceremony was presided over by Xu Tao, Chair of the University Council, Shanghai University of Finance and Economics, and Dean of the Yangtze River Delta and Yangtze River Economic Belt Development Research Institute. More than 300 guests from governments, well-known enterprises, universities, media and other institutions around the world attended the forum. 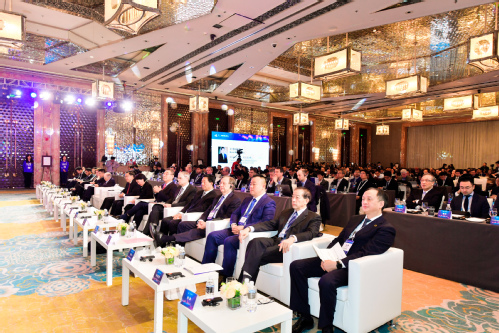 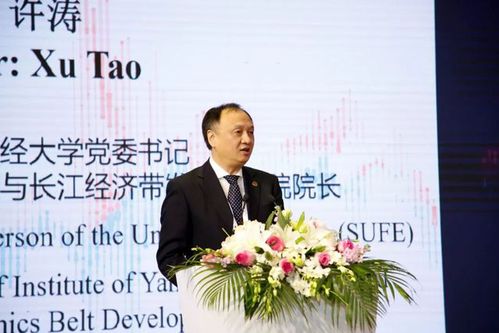 President Jiang Chuanhai introduced the background of the forum at the opening ceremony. He pointed out that the “Outline of the Yangtze River Delta Regional Integration Development Plan”, was officially released to further promote the integration of the Yangtze River Delta. The convening of this forum provided an international platform for full cooperation and exchange for experts and scholars, which is conducive to expanding horizons, innovating ideas, and contributing our own strength to the cooperation and development of Yangtze River Delta integration and global and regional integration. Finally, on behalf of the school, he extended a warm welcome to the guests and wished the forum a complete success. He Xuan said in his speech that the research in the Yangtze River Delta is a pioneering multi-disciplinary system, which is of great significance to academic research, government management, and enterprise management. The theme of this forum, “Regional Integration: Cooperation and Development”, closely follows the pulse of the times and the gist of policy. It is expected that the development of the integration of the Yangtze River Delta, together with the vast hinterland driven by it, will create a better business environment and broader investment opportunities. 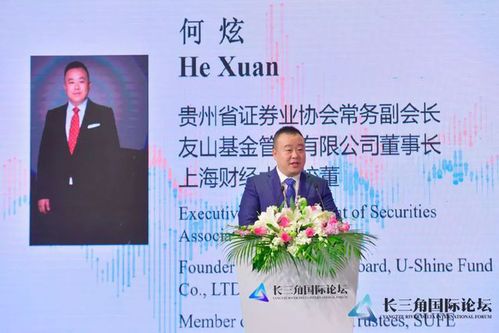 President of the Thai-Chinese Friendship Association, former Deputy Prime Minister of Thailand, Korn Dabbaransi, combined his three important pillars of human life to explain his understanding of the integrated development of the Yangtze River Delta. He said that the prosperity and strength of the country is the common goal of the two countries. China and Thailand have broad prospects and great potential for wide-ranging, deep-level and all-round cooperation. He hoped that through this forum, the two sides can further deepen exchanges and jointly promote political mutual trust, as economic and trade mutual benefit, and cultural mutual learning have played active roles in compiling a new chapter of friendship for Thailand and China. 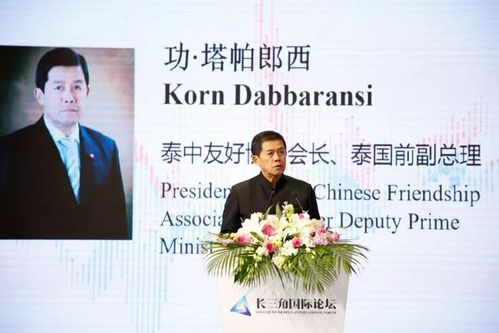 Du Yue, Director of the Division for Cooperation Intersectoral Follow-up and Partnership of Africa Development, UNESCO, pointed out that the Yangtze River Delta region is one of the areas in China which has the most dynamic economic development, the highest degree of openness, and the strongest innovation capacity. It is also an important window for foreign exchanges between countries. Through this forum, the experience of China's reform and opening up, Chinese wisdom, and excellent traditional cultural ideas will be introduced to the world. At the international level, new ideas and ideas from the world will be absorbed through learning and exercise, so as to achieve the integration of the local and international. 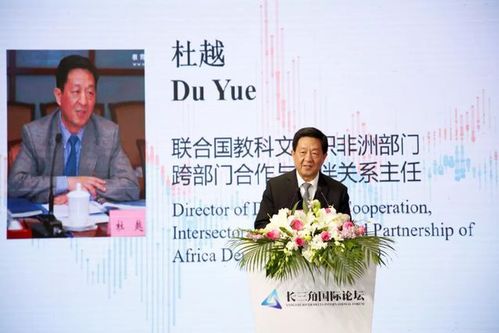 Liu Jin, Director-General of International Cooperation and Exchanges and Hong Kong, Macao and Taiwan Affairs of the Ministry of Education, said that the integration of the Yangtze River Delta region is to implement new development concepts, build a modern economic system, and promote deeper reform at a higher starting point. He hoped to take this forum as an opportunity to look to the world and continue to promote the establishment of the innovative new models for serving the country's major strategies. Chen Qun, Deputy Mayor of Shanghai Municipality, first thanked the guests from all over the world attending the forum and extended a warm welcome. He said that the development of integration in the Yangtze River Delta Region has become a national strategy and has given it a new historical mission. Shanghai will continue to play a leading role with the three provinces of Jiangsu, Zhejiang and Anhui, closely following the two keys of integration and high quality, and actively explore new systems and models that promote regional development. The Yangtze River Delta International Forum organized by Shanghai University of Finance and Economics is a timely and meaningful event. He hoped that experts, scholars, and entrepreneurs could share opinions, give full play to their rich knowledge, experience, and influence, and contribute wisdom to accelerate the development of the integration of the Yangtze River Delta. 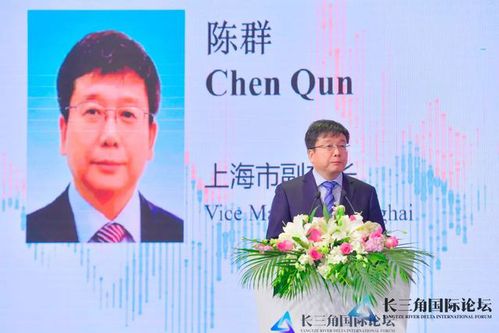 After the opening ceremony, Thomas J. Sargent, who was awarded the Nobel Prize in Economics in 2011, presented a report entitled, “U.S. Tariffs and Trade Policy: Then and Now”. 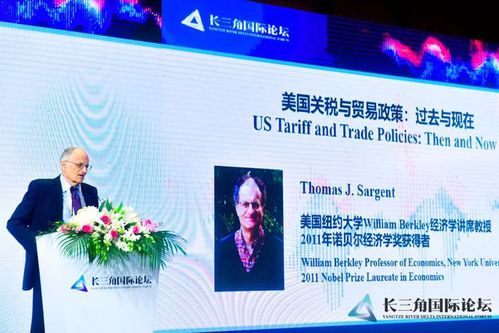 Lin Yifu, Professor of Peking University and Dean of the Institute of New Structural Economics, shared a report whose theme was, “Comparative Advantage, Competitive Advantage and Regional Integration”. 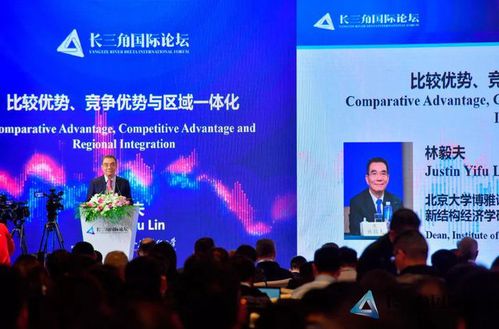 Gu Shu, President of the Industrial and Commercial Bank of China, made a keynote speech on, “Focusing on Integrated and High-quality Development ----ICBM Finance Serves for Integrated Development of the Yangtze River Delta”. 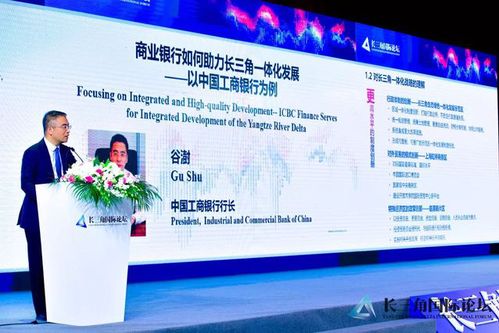 Jean Tirole, Scientific Director of the Institute of Industrial Economics, Université de Toulouse, and the 2014 Nobel Laureate in Economics, delivered the keynote speech on, “The Challenges for Business and Society in the Digital Age”. 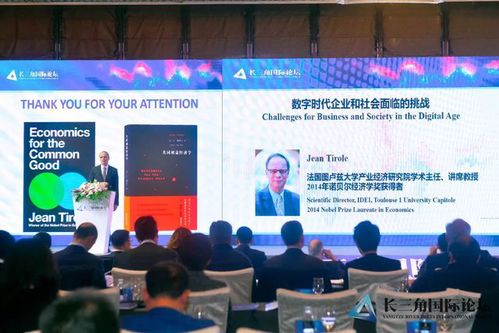 The afternoon forum was taken charge of by President Jiang Chuanhai. The theme of the speech by Long Yongtu, former Vice Minister of China’s Ministry of Commerce, was “Several thoughts on the Integration of the Yangtze River Delta”. Janice Eberly, Professor of the Kellogg School of Northwestern University, Former Assistant Secretary for Economic Policy and Chief Economist of the Treasury, talked about her understanding of Fiscal Policy and Generational Replacement. 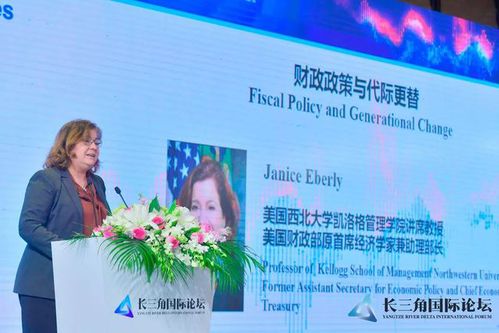 Nout Wellink, the Independent Non-executive Director of the Industrial and Commercial Bank of China, and Former President of the Dutch Central Bank, shared a speech entitled, “Europe’s Road to the Future”. Jin Qinglu, Dean of the School of Accountancy at Shanghai University of Finance and Economics, shared a theme named, “Accounting Force in Economic Development”. 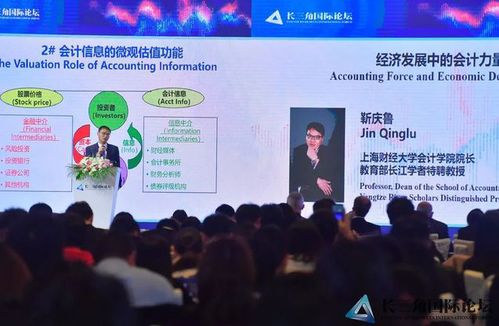 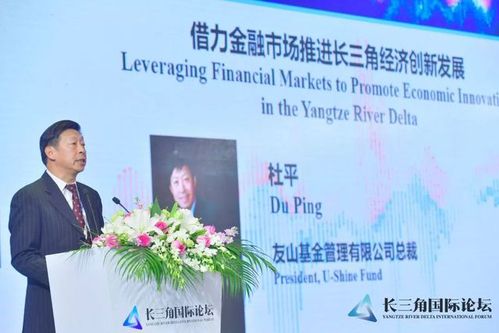 Li Xunlei, Chief Economist and Head of the Research Institute of China and Thailand Securities, gave a speech entitled, “The Trend of Diversification and Agglomeration in the Inventory Economy”. 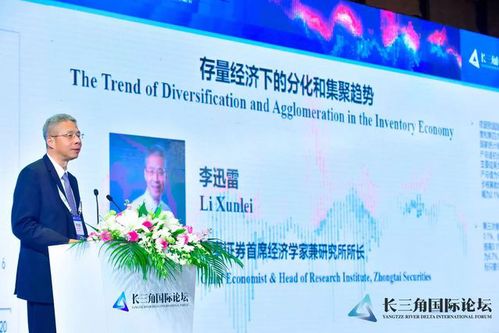 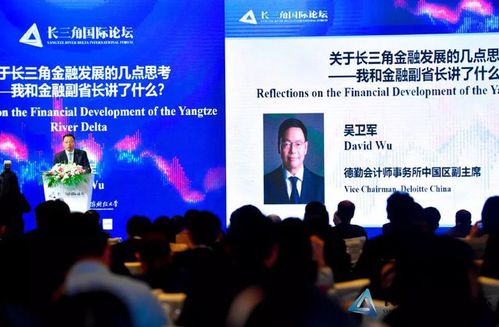 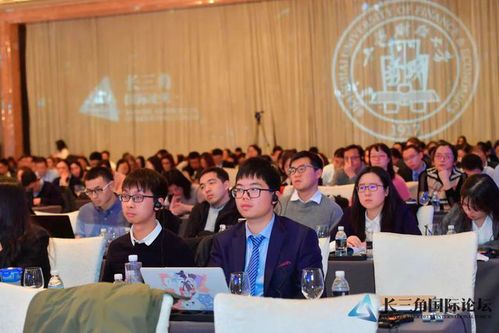 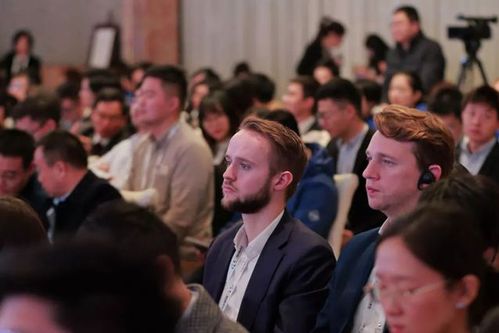 The Yangtze River Delta International Forum lasted for two days and was divided into 5 major sub-forums. Participants conducted deep discussions and exchanges from their respective research areas, understanding Shanghai and China, perceiving the world, further promoting the collision and integration of politics, business, and academia, and continuing to explore ways to strengthen regional cooperation in a broader field.

Under the guidance and support of the Shanghai Municipal Government, this International Forum was hosted by Shanghai University of Finance and Economics. The forum was based on the open concept, strategic vision, and innovative spirit; it aimed to look at the world, continue to promote the integration of China's strategy and global pattern, and serve the global economic development.

( From Office of Communication and Public Affairs)