On October 19th, ABMES International Delegation visited SUFE and was received by the School of Law. The ABMES International delegation consisted of: Mr. Celso Niskier, Chairman and UniCarioca President; Mr. Solon Hormidas Caldas, Executive Director; Mr. Jose Janguie Bezarra Diniz, Vice Chairman and Chairman of the Ser Educacional Group; and other presidents and senior managers from Brazilian private universities – totaling more than 40 people. Also attending the meeting were Chen Hong, Vice Chair of the University Council; Song Xiaoyan, Dean of the School of Law; Ge Weijun, Deputy Dean of the School of Law; Wu Wenfang, Assistant of the Dean; and teachers such as Pan Xiao, Cai Yuanzhen, Jiang Jize and Zhang Mingchao from the School of Law. 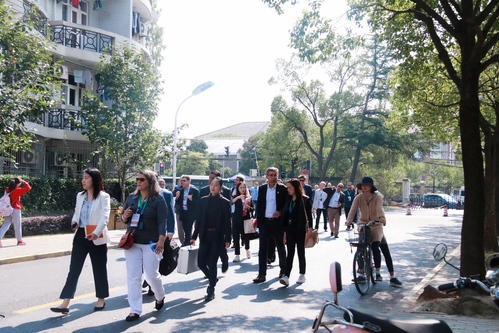 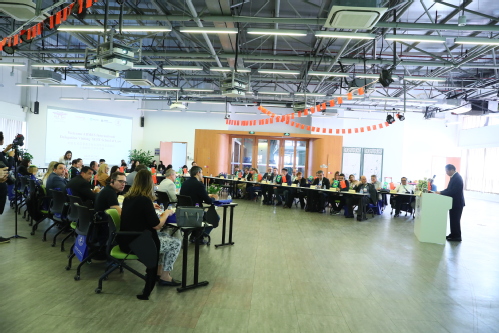 After arriving at the school, the delegation visited the campus, guided by Zhang Mingchao. The delegation then came to Yingxian Library, where the two sides held a meeting. The forum was presided over by Song Xiaoyan, Dean of the School of Law. 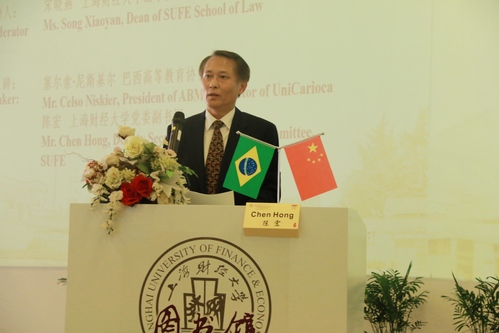 On behalf of SUFE, Chen Hong, Vice Chair of the University Council, extended a warm welcome to ABMES and the Presidents' delegation. He expressed the hope that the exchange will create opportunities for the cooperation between SUFE and Brazilian universities and build a new platform. Then, Chen introduced the history and development of SUFE, and also a number of works carried out by the China-Latin America Legal Research Center of the School of Law. He affirmed that the exchange will strengthen communication and increase understanding between the universities in China and Brazil. Finally, he stated the hope that the two sides will carry out close exchanges and cooperation. 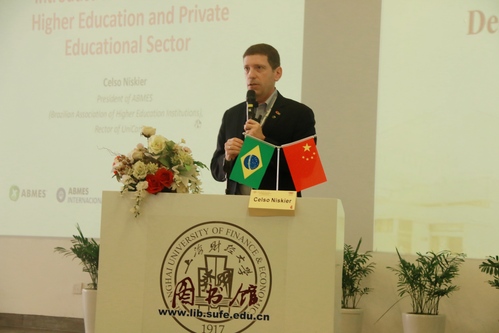 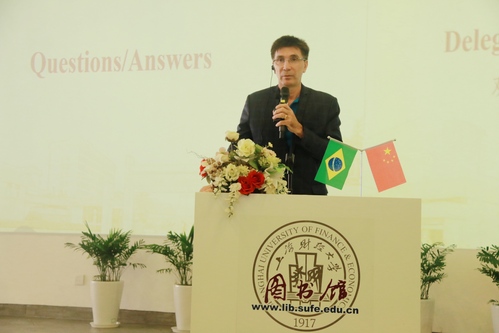 Mr. Jose Janguie Bezerra Diniz, Vice President of ABMES International Delegation and Professor of Law at the oldest law school in Brazil, said that being a lawyer is one of the most prestigious jobs in Brazil, so he and his colleagues hope to learn from China’s education system through the exchange with SUFE School of Law. He also invited SUFE School of Law to visit Brazil and his institution, which currently has 60 partner universities. 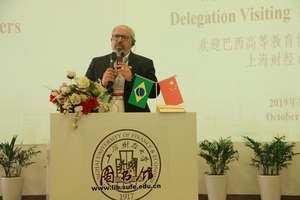 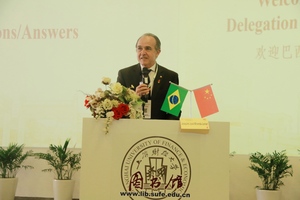 Subsequently, Edgard Larry Andrade Soares, Director of FAINOR and Joaquim Jose Miranda Junior, Research Director of Iesla expressed their gratitude for the invitation, and sincerely look forward to the next cooperation. 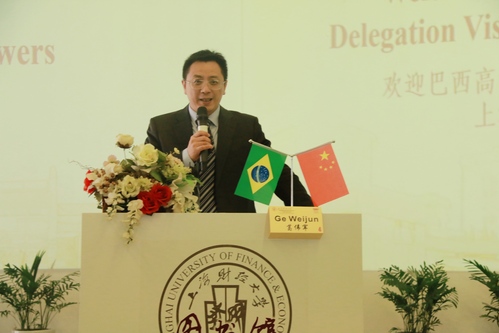 Professor Ge Weijun, Deputy Dean of the Law Faculty, introduced some basic information about the School of Law. The China-Latin America Law Research Center and the China-Latin American Law Training Base have laid a solid foundation for the exchanges and law cooperation between China and Brazil. 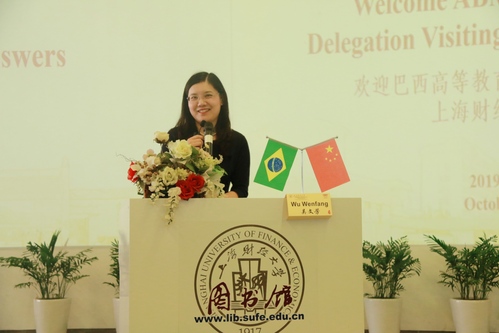 Associate Professor Wu Wenfang introduced the full-English courses offered by the School of Law – especially the curriculum and student employment of the English and American law certificate classes, the LL.M. project and the full-English Ph.D. project. Wu said that the full-English program will offer a platform for the cooperation between the two sides. 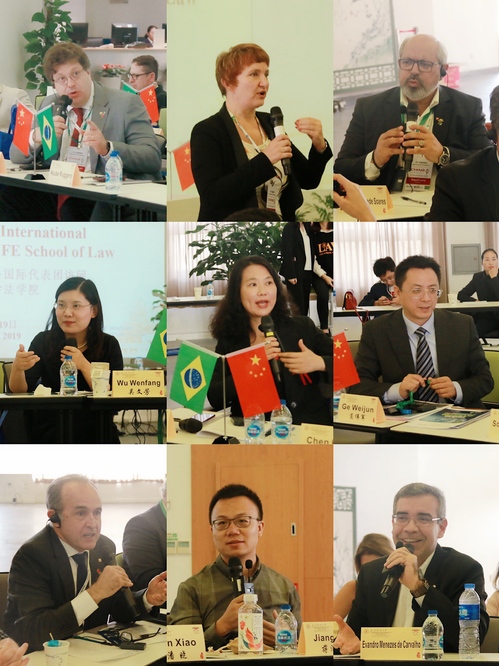 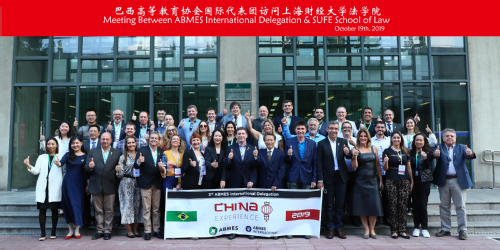 At the end of the meeting, the ABMES International Delegation presented gifts to the School of law. The exchange activity ended in a warm and friendly atmosphere.