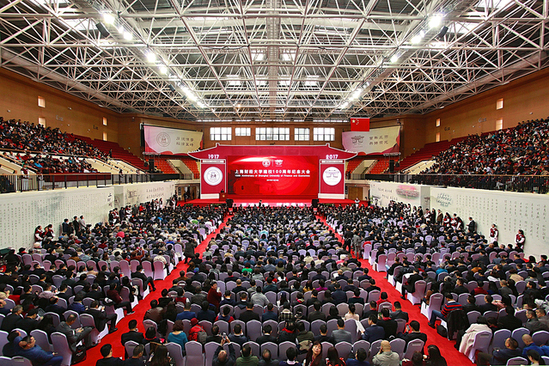 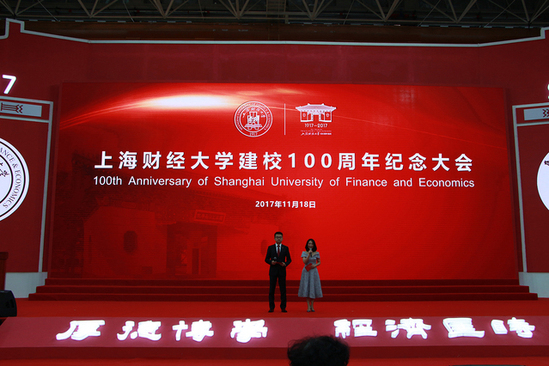 The construction and development of Shanghai University of Finance and Economics can not be separated from the cordial solicitude of the party and the leaders of the country. At the time of SUFE’s 100th anniversary，Vice Premier Liu Yandong, member of the Political Bureau of the CPC Central Committee and Li Qiang，Party Secretary of of the CPC Shanghai Municipal Committee  made important instructions on the SUFE’s development and reform, pointing out the direction for the university in the new century, and encouraged all the sufers. 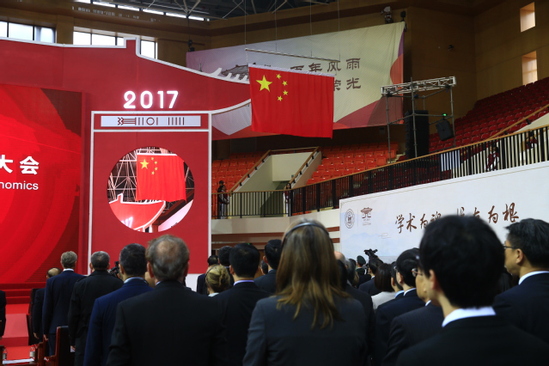 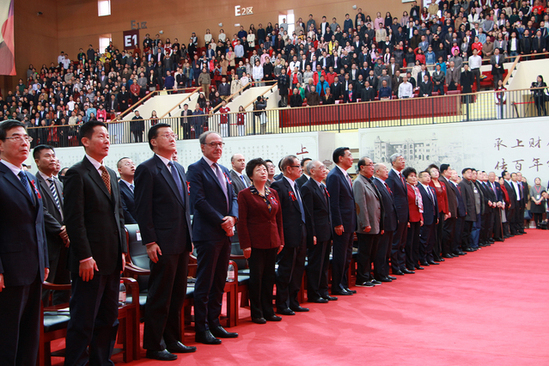 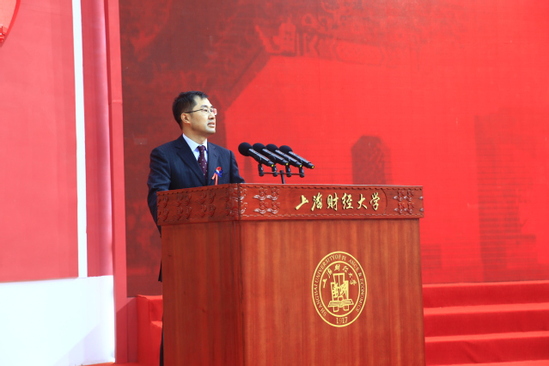 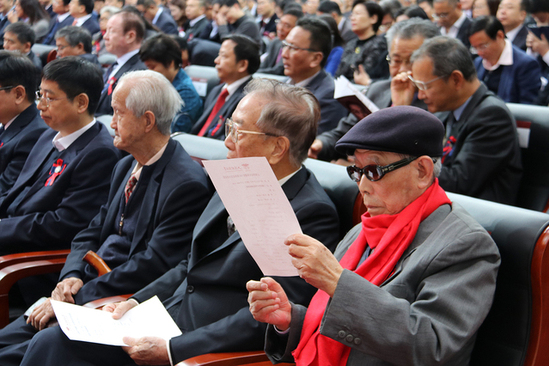 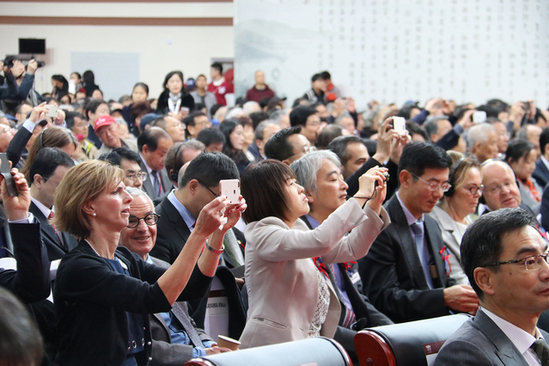 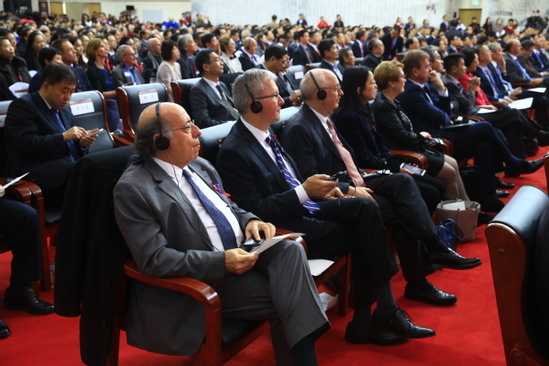 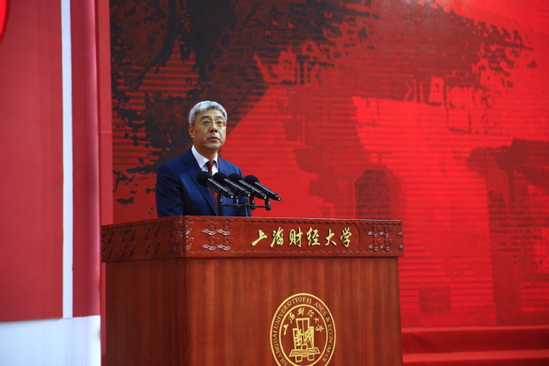 Deputy Secretary of the CPC Shanghai Municipal Committee Yin Hong, on behalf of the Shanghai Municipal Government, congratulated all the staff and students and alumni at home and abroad. He pointed out that since its relocation to Shanghai in 1921, Shanghai University of Finance and Economics had always been closely linked with Shanghai city. After the founding of  People’s Republic of China, especially since the reform and opening up, the university had fully implemented the party's education policy, committed to reform and innovation, deepened the connotation construction, and had formed a distinctive characteristics. Focusing on the development of nation and Shanghai, the university have made outstanding contributions in talent training, academic research and social service. He expressed the hope that Shanghai University of Finance and Economics would remain true to their original aspiration and keep their mission firmly in mind, take the centennial anniversary as a new starting point, and the Double First Class Construction as the force, root in China and connect with foreign universities, stand at the present , orient at the future , and strive to be a first-class university. 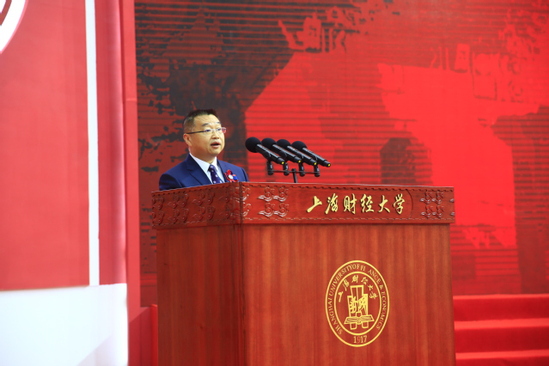 Hu Jinglin, member of the Ministry of Finance Party Committee, Vice Minister of the Ministry of Finance, said in his speech that Shanghai University of Finance and Economics is not only a pioneer in the development of China's independent financial institutions, but also a witness of the history of China's financial and economic education development. In its course of one-hundred- year development, the university has made a positive contribution to the revitalization of the national industry and commerce, the overall restoration and construction of the national economy, the reform and opening up and the construction of socialist market economy. The new era means a new starting point, new tasks and new requirements. He demonstrated the hope Shanghai University of Finance and Economics would take the centennial anniversary as an opportunity to implement the fundamental task of training students with integrity,meet national strategic needs, link to the development of financial reform, play a more important role in knowledge innovation, political consultation, education, cultural heritage, social services and other aspects and make greater achievements in the process of deepening education reform, accelerating the modernization of education and working hard to run education to the satisfaction of the people ! 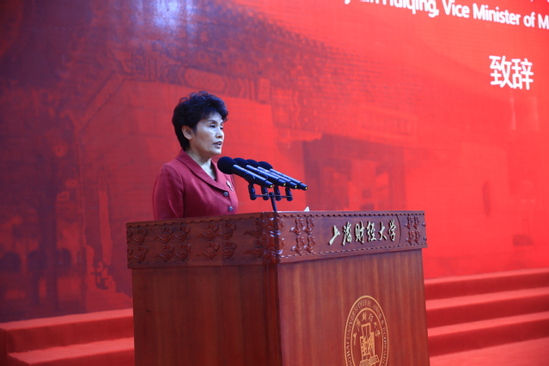 Lin Huiqing, member of the Ministry of Education Party Committee, Vice Minister of the Ministry of Education, said in her speech that for 100 years, Shanghai University of Finance and Economics had always been shouldering its the responsibility of cultivating financial and economic talents, innovating financial and economic theory and providing policies enriching the state and the people. In recent years, the school focused on constructing a high-level university with characteristics, adhering to reform and innovation, deepening the connotation construction, building a road that is base on the national conditions global oriented and fits its own development. The school not only played a leading role in the demonstration of financial and economic colleges and universities, but also made many useful exploration in internationalization and the development of higher education in china. She presented the hope that Shanghai University of Finance and Economics would regard centennial anniversary as a new starting point, continue to carry forward the fine traditions of being pioneering and pragmatic, shoulder the mission, accelerate the construction of an internationally renowned research university specializing in finance and economics and make greater contribution to build a stronger country in higher education and realize the Chinese dream of the great rejuvenation of the Chinese nation ! 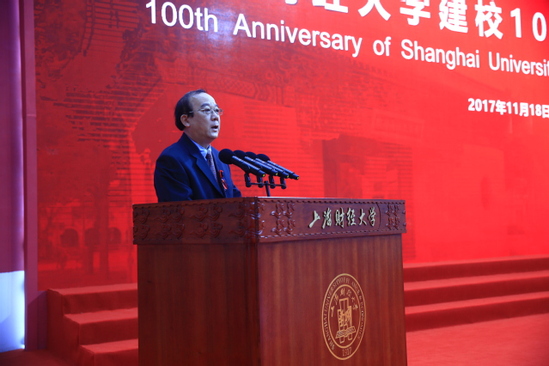 The Chairperson of the University Council Cong Shuhai recalled the one-hundred-year history of SUFE during which the traditions and dreams of SUFE was built. Serving the country and the society was always the mission that sufers work hard to complete. Internalization and innovation was the educational strategy that SUFE is always adhere to. The pursuit of excellence is the university vision. The 19th National Congress of the Communist Party of China issued a mobilization order to build a well-off society in an all-round way, and win the great victory of building socialism with Chinese characteristics in the new era. The new era, a new journey, carrying a hundred years of glory and dream, Shanghai University of Finance and Economics will always devote to the first-class standard of discipline construction, improve the morality education, pursue the excellent academic quality and strengthen system construction. He said that standing at intersection of the two century, we would inherit what our predecessors left for us, and continue to write a brilliant chapter in Chinese financial and economic higher education! 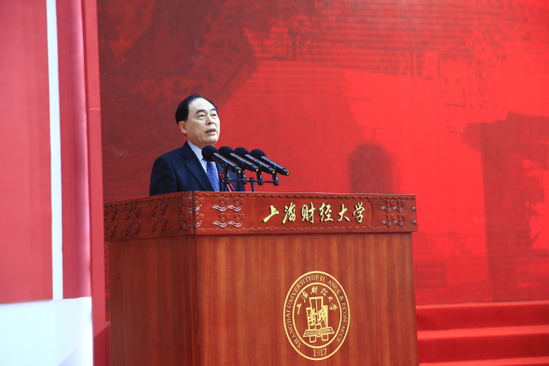 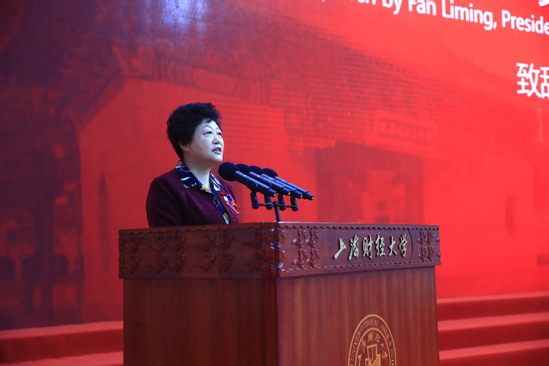 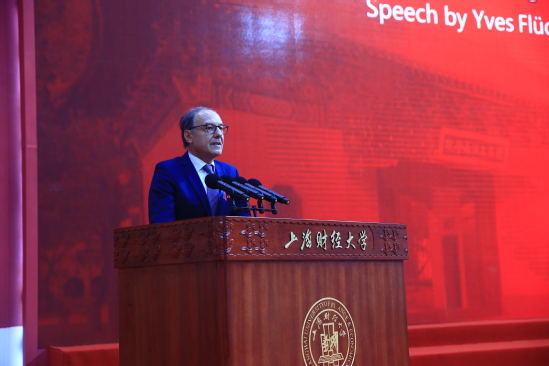 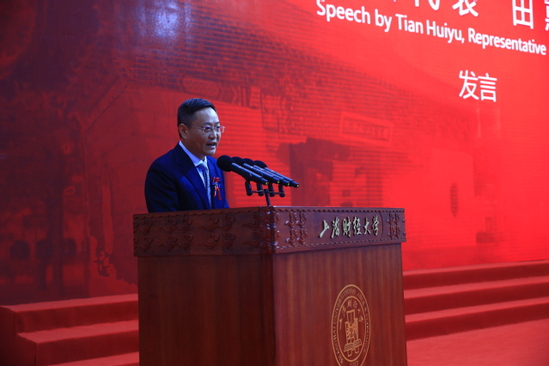 (From Department of Communication and Public Affairs )