On the evening of November 12th, organized by the SUFE Qingdao Alumni Chapter and SUFE Qingdao Wealth Management Institute, a Symphonic Concert for SUFE Centennial Celebration was held at the Qingdao Music Hall. 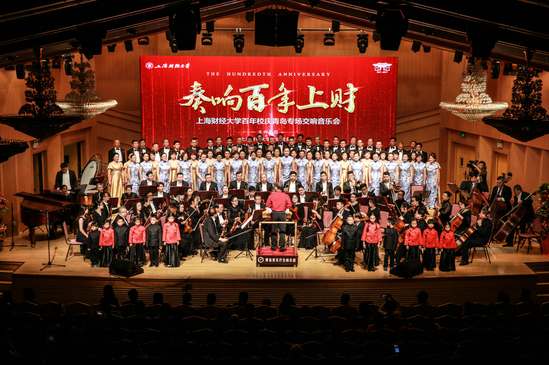 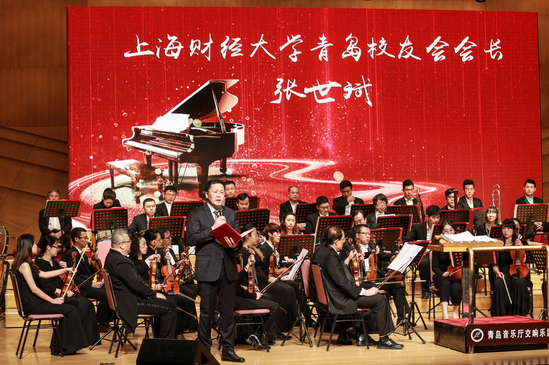 Director of SUFE Qingdao Alumni Chapter Zhang Shibin delivered a speech. He  first expressed his gratitude to SUFE’s cultivation, the support of the community and the alumni contributions to SUFE. Since SUFE was established in 1917, the torch has been passing for a hundred years, the concert was for alumni to gather together to celebrate SUFE's Centennial Anniversary."A hundred years of history created for SUFE’s glory , let us wish a happy birthday and a better future to SUFE !" 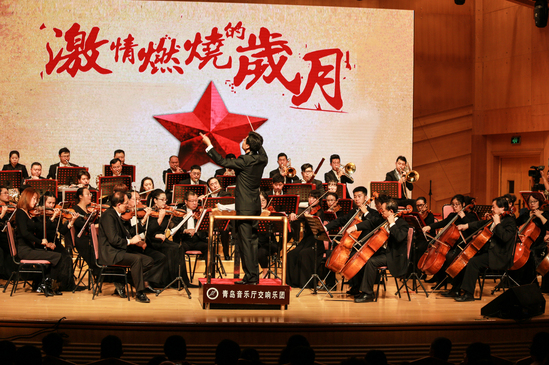 The third part is a performance combining Chinese and Western characteristics,the Qiao's Family Compound Suites. The suites were comprised of four parts: aspiration, love and trade routes and deep emotions. Among them, the love chapter was an Erhu solo by professor Wang Yunfei, Ocean University of China; the theme song Deep Emotion was sung by Qingdao singer Gai Qiao. The atmosphere of the concert was once again to a climax. 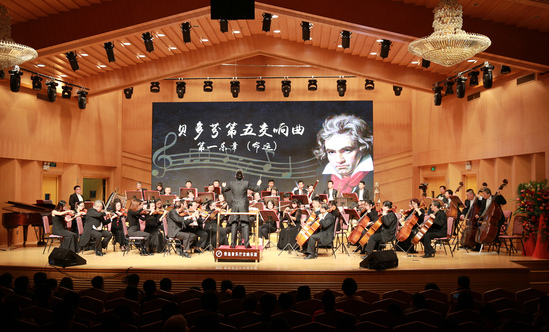 Conducted by Sima Jiannan, the Sichuan Symphony Orchestra played Thunder and Lightning Polka, Orchid Flower,, a Chinese folklore song, He is a Pirate, the theme song of Pirates of the Caribbean, the fourth chapter of Dvorak's 9th Symphony, the first chapter of Beethoven’s 5th Symphony. The brilliant performances won the audience's applauses. Finally, the concert ended with In the Fields of Hope, a song presenting our expecting of a better life.