Friday, 20 November, saw the beginning of a new chapter in the research culture of the School of Foreign Studies at the Shanghai University of Finance and Economics, for on that day two new research centres were opened by the SUFE Vice President, Professor Lingzhen Yao. Dean Xiaomei Qiao, who made the inception of the centres possible, the Secretary of the Party Ping Jiang, and a number of distinguished guests, as well as a copious offline and online audience, were in attendance. 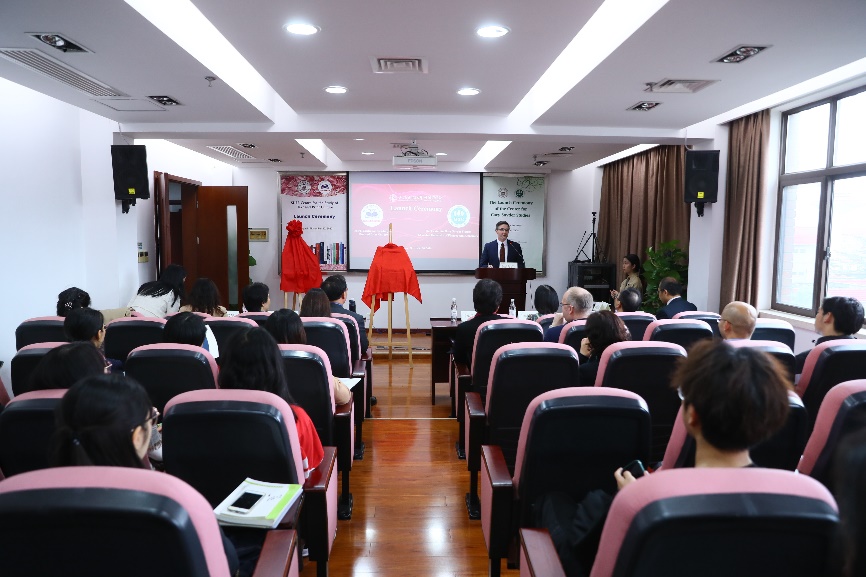 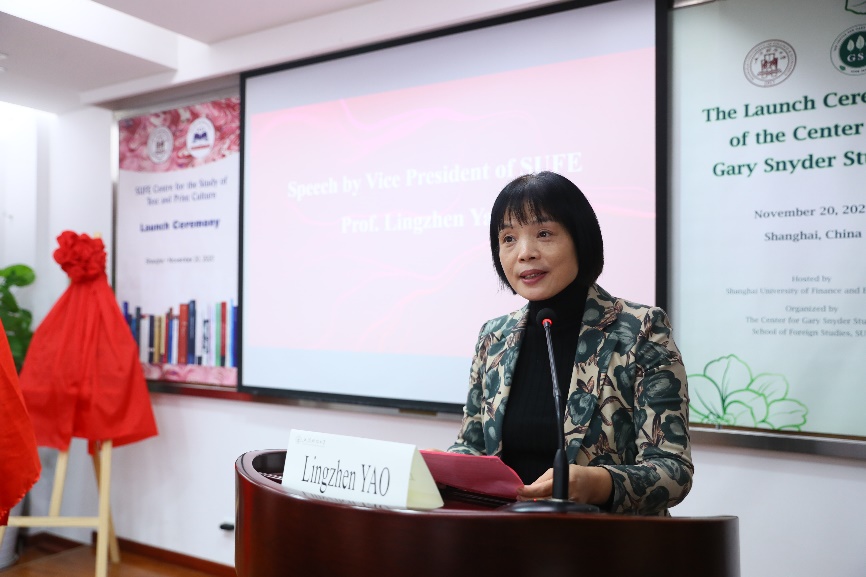 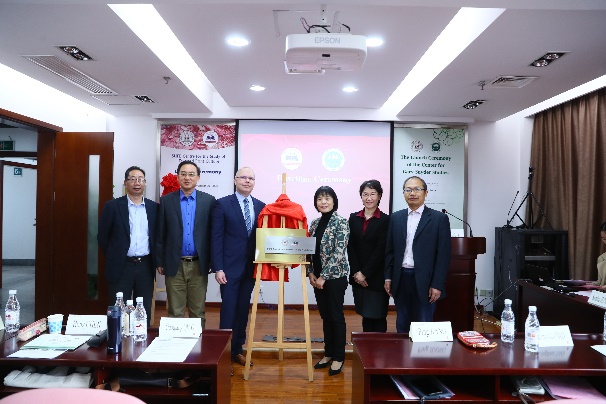 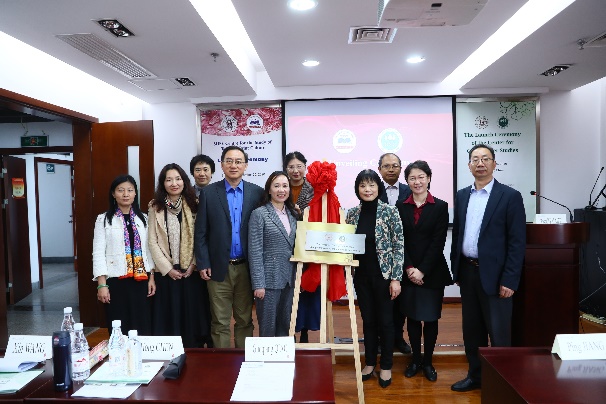 The first of the two centres, the SUFE Centre for the Study of Text and Print Culture aims to foster research in the broad area of textuality, focusing on theoretically informed research on textual phenomena, writing practices, performative contexts, the materiality of text production, and the history of reading. Sandro Jung, Distinguished Professor of English and Comparative Literature, editor-in-chief of the AHCI-journal, ANQ, and general editor of the Lehigh University Press book series, Studies and Text and Print Culture, as well as head of Literature, serves as the Director of the Centre. He outlined his research vision as one that is based on domestic and international collaboration, the use of local resources (especially the Shanghai Library), peer mentorship, and the fostering of a high-quality publication culture. The Centre and the Literature subject group co-host a seminar series, which will start on 1 December with a Zoom lecture by Professor Jürgen Pieters. The Centre’s 2021 activities include a conference on Robinson Crusoe and economics in May, in which month the Centre’s annual lecture will also take place, as well as an ANQ symposium and a rare book school, the latter to be hosted in association with the Shanghai Library. 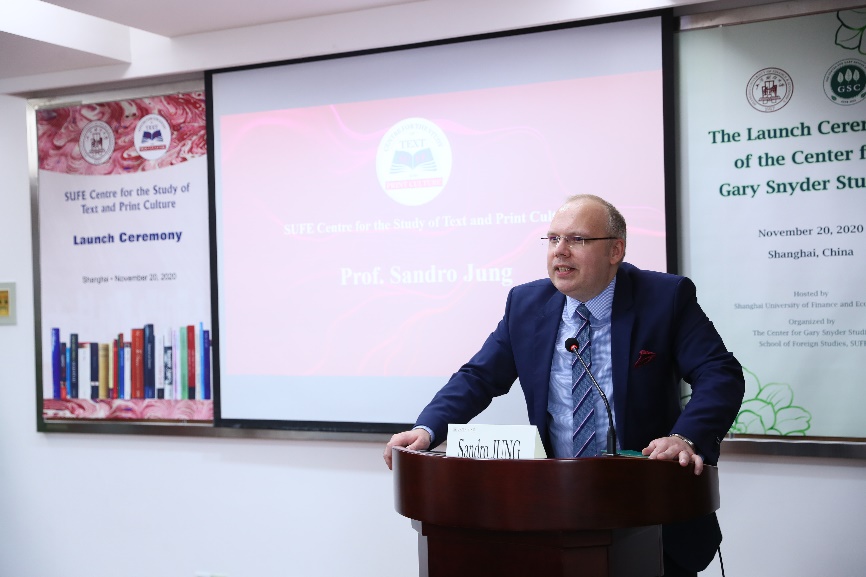 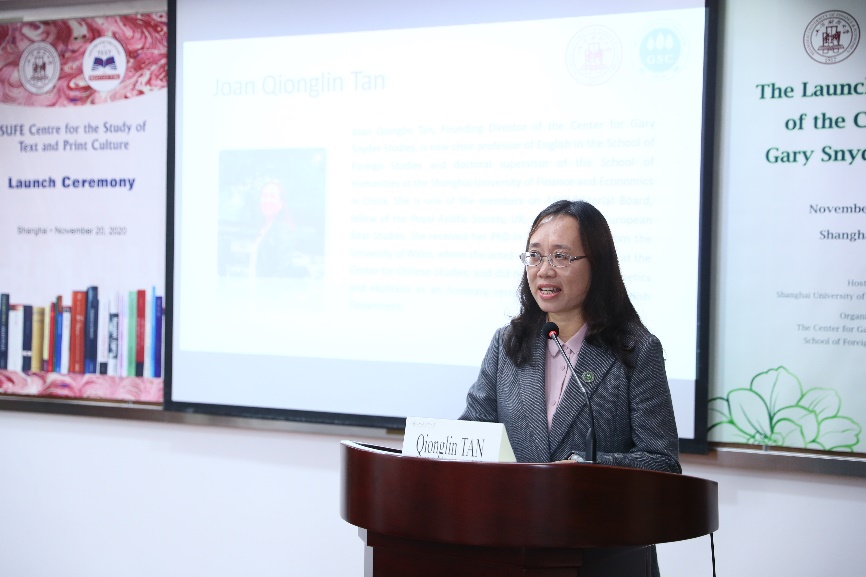 The second research unit, the Centre for Gary Snyder Studies, the initial setting up of which was authorized by Snyder himself in 2009, seeks to promote research not only into the poet’s oeuvre but the ecological concerns that underpin his activist work, including the study of literary ecocriticism. Joan Qinglin Tan, Chair Professor of English, who has known Snyder for many years, serves as the Director of the Centre. The Center for Gary Snyder Studies is informed by a sense of fellowship of like-minded ecologically aware members that are part of the GSC (Gary Snyder Community) and wish to bring about greater understanding of the pressing challenges that the world is facing in ecological terms. 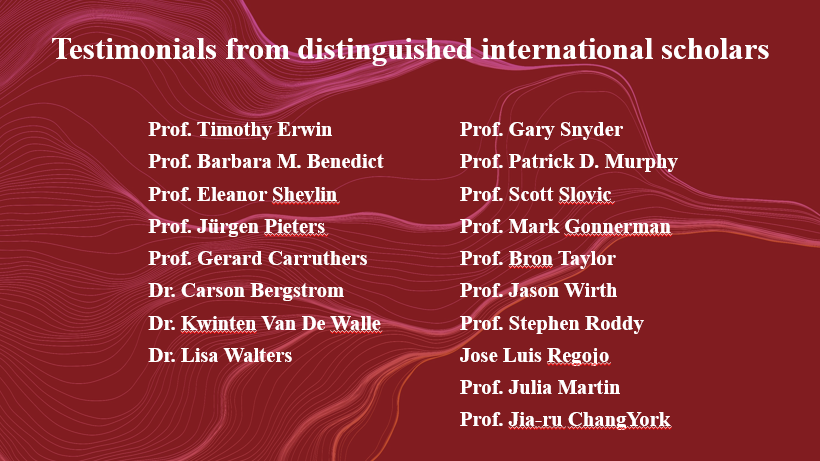 After outlining the mission of her Centre, Professor Tan introduced contributions by members of the Advisory Board and other scholars, who not only commented on the timeliness of the venture of such a Centre but who also commented on the significance of Snyder’s ecopoetical commitment to improve the human condition through the improvement of the environment. A roster of distinguished international scholars encouraged the international orientation of the centre, and suggestions were made regarding the dissemination of research, including e-publications, which – especially in times like the current pandemic – allow scholars to connect, share research, and participate in activities central to the GSC.

Professor Jung, likewise, featured addresses by the Advisory Board as well as associate members of his centre, who communicated not only congratulations but also offered comments on possible future directions the Centre may explore under Professor Jung’s leadership. These included particular research projects on transnational literary history, the history of reading, comparative literature, and the materiality of text. This focus on concrete research questions was also developed in two dedicated sessions in which the centre directors respectively conversed with invited offline and online specialists regarding subjects of central relevance to their centres. While the issues of Gary Snyder’s conversion and his development as a prominent activist, ecocritical voice were probed, questions regarding the role of adaptations within the literary canon, print culture studies, and the methodologies of comparative literature were also addressed. 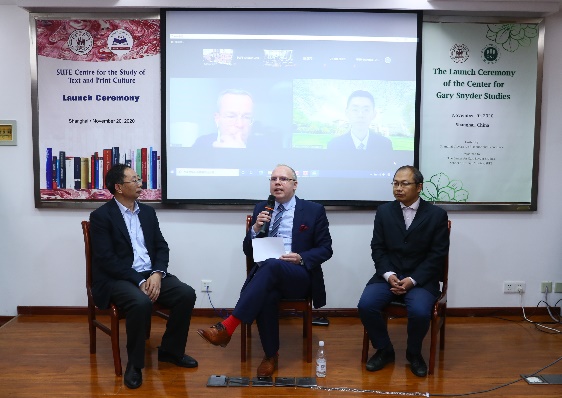 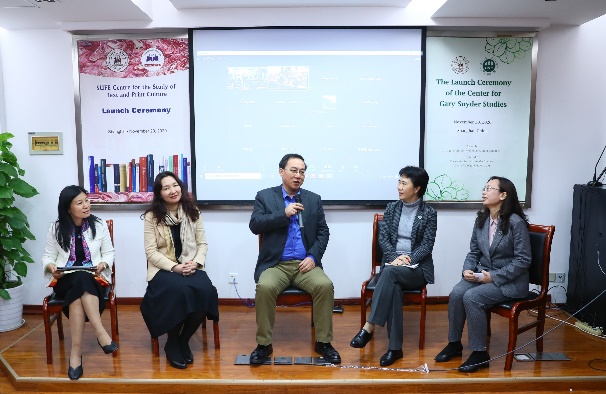 The launch event concluded with a brief introduction of the research undertaken by the members of the Literature subject group, with Professor Jung linking some of the material presented to points related to research questions presented throughout the afternoon. At the end of the proceedings, the centre directors had outlined their visions and articulated the missions of their research units. The members of the audience were able to witness the cordial and enthusiastic endorsements from external specialists, as well as to follow the constructive engagements with the invited guests, which all contributed to showcasing the opportunities the Centre directors will want to develop in future. Finally, as part of the inception of these two research centres, the Literature team of the School of Foreign Studies has not only gained greater national and international visibility but an infrastructure that will help develop future research initiatives for the group.

（ From School of Foreign Studies）